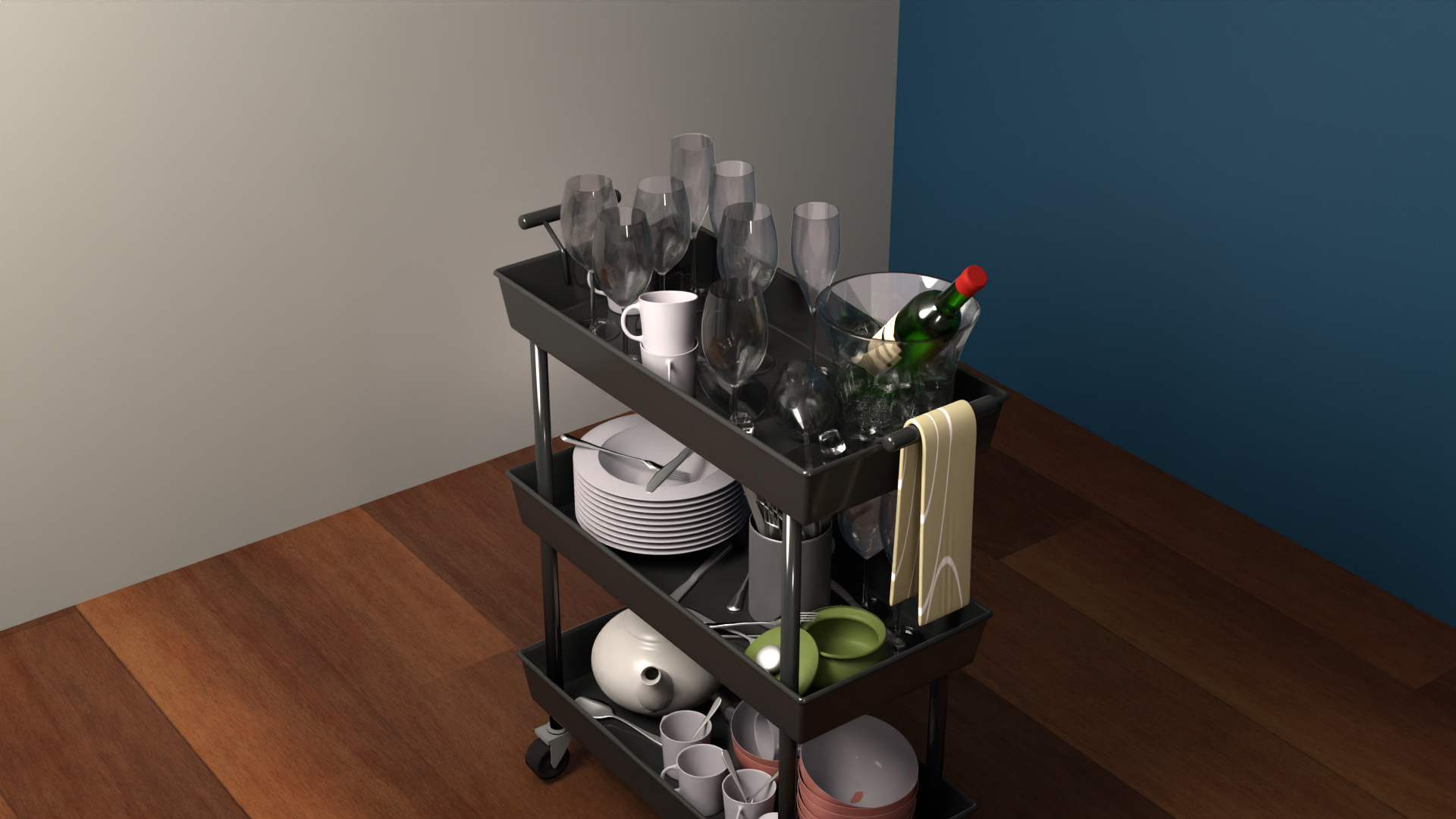 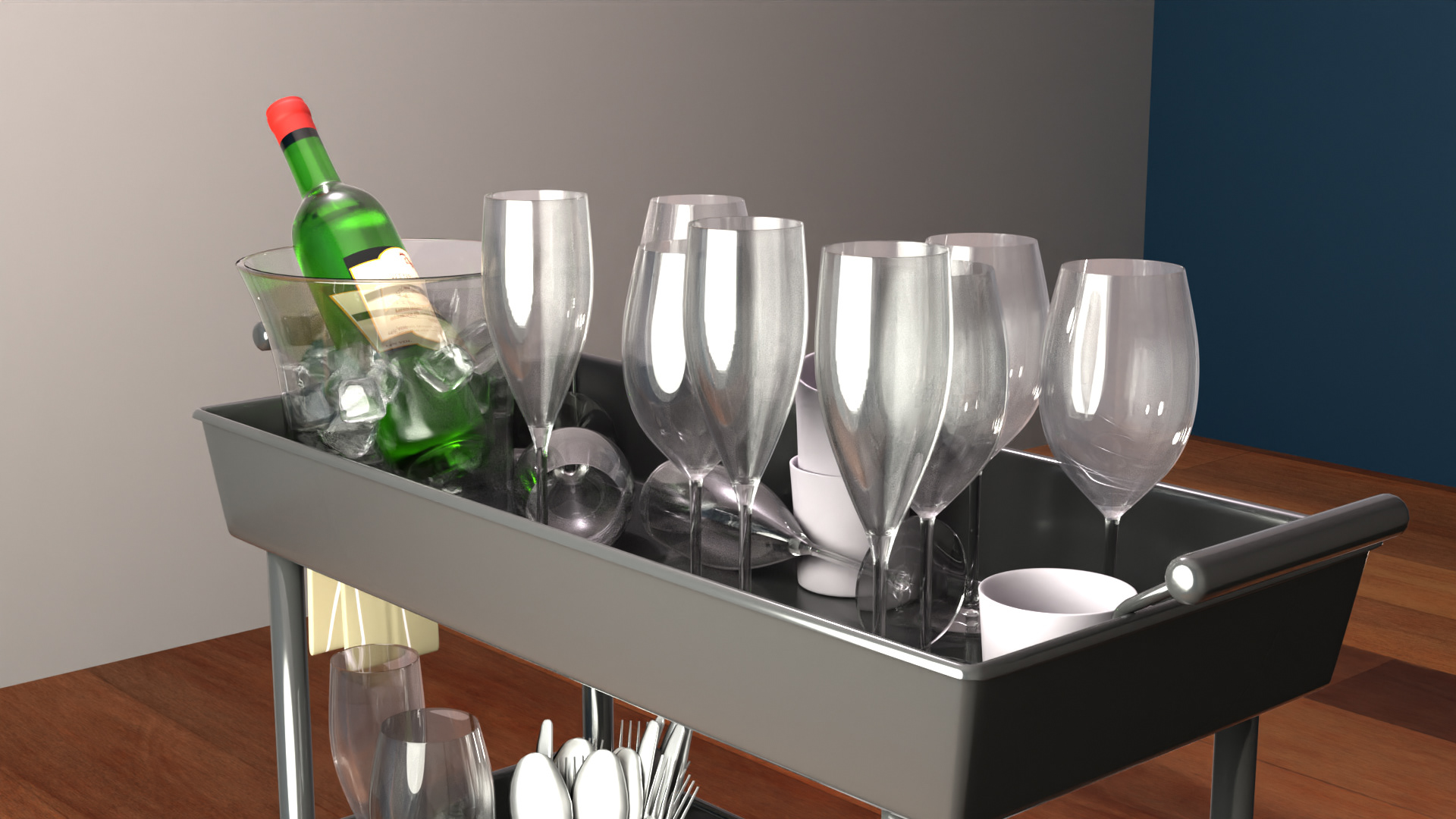 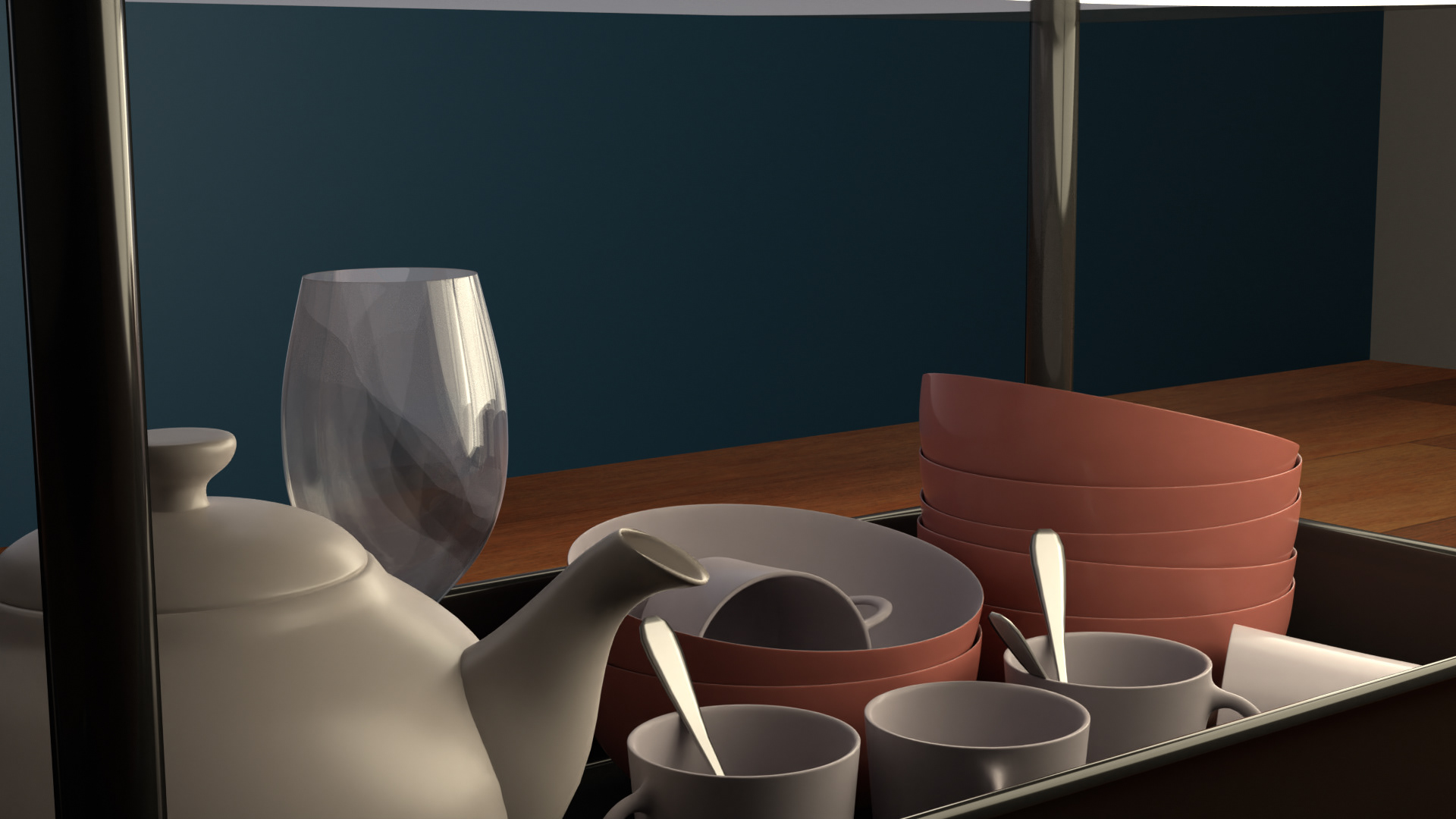 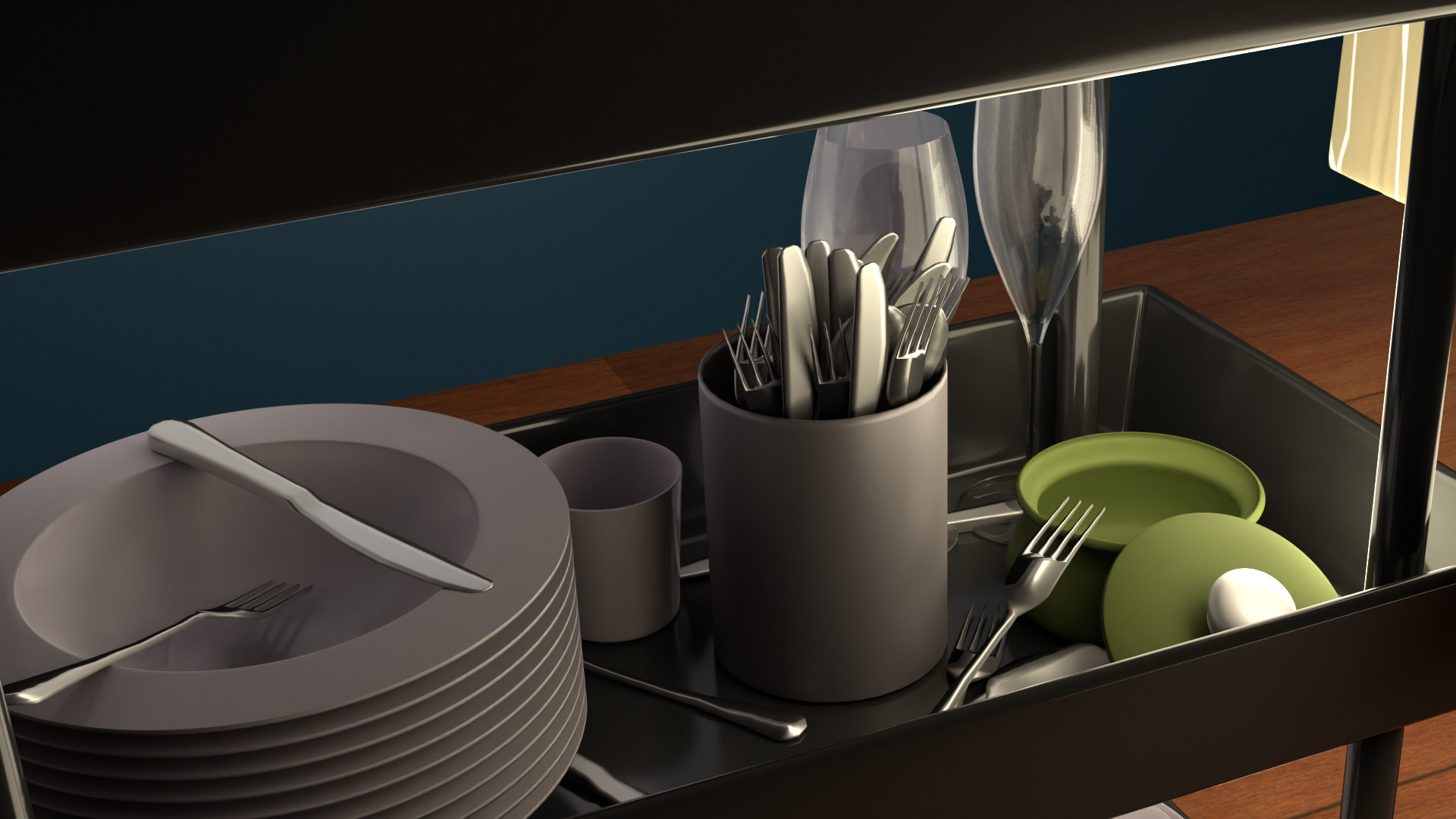 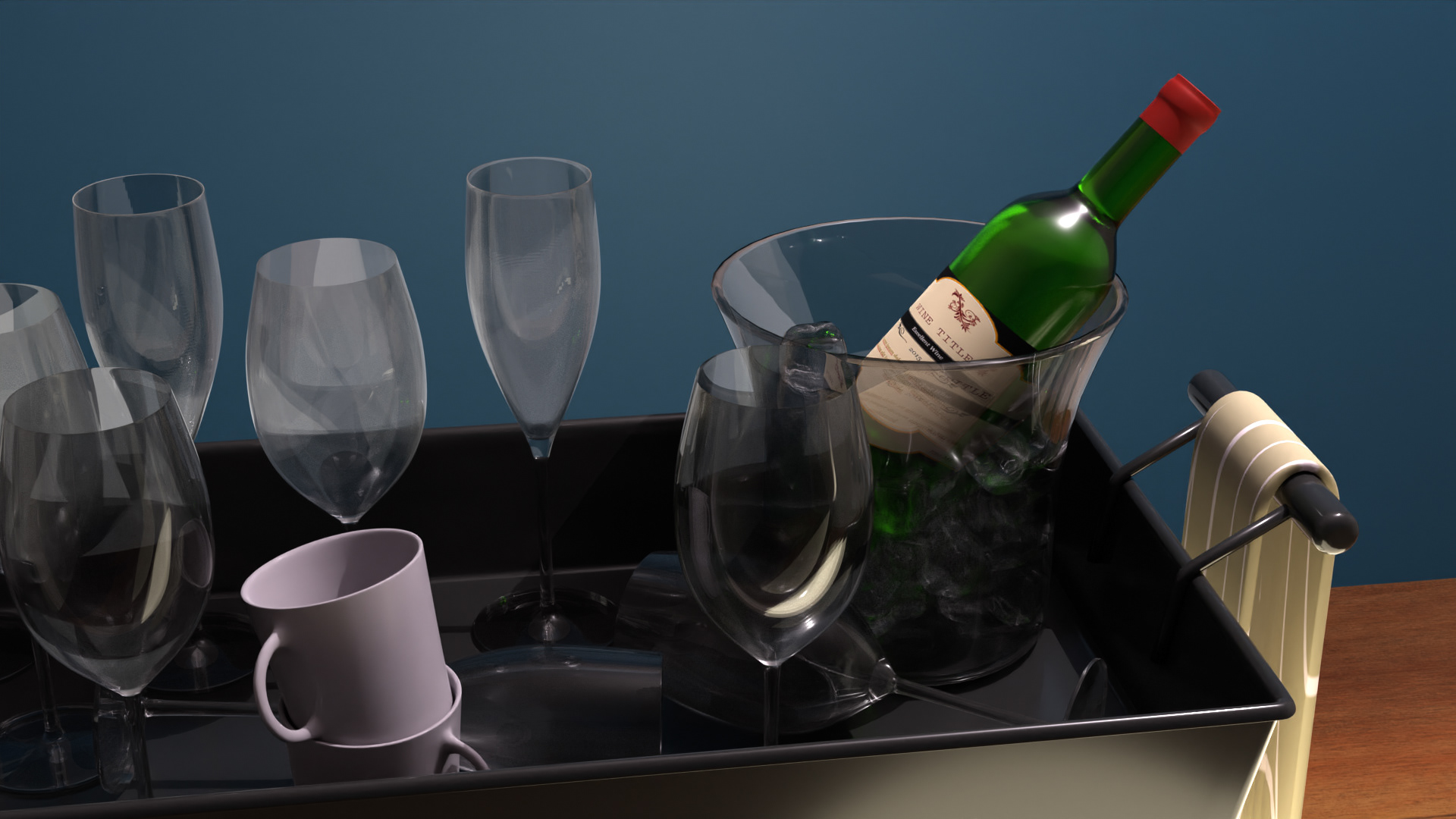 This piece is a personal project made in Blender. One of my goals was to learn how to model objects with varying shades and simple textures. The teapot's spout and the forks were the most challenging elements to recreate.
I learned how to use the physics simulator with passive and active rigidbodies as well as collisions, in order to place the utensils in the utensil crock and the ice cubes in the vase for the wine bottle. The ice cubes were an important challenge to overcome because they had to fall in the vase and account for the wine bottle in the process. In the end, I opted for static cubes because this part of the scene wasn't the focus of the project and it was heavy for the software.
I also used my knowledge with the cloth simulator (which I had learn with the Grand Piano project) to hang a kitchen cloth on the tray's handle.
Another challenge was the disposition of the utensils, bowls and glasses everywhere on the tray, to give the illusion that they were thrown around a little bit carelessly. I had to ensure that each element was positioned in a realistic way, so that none was floating in space.
Two free textures were used, see the credits below.